The Trans Murder Monitoring (TMM) project started in April 2009 as a cooperation between Transgender Europe (TGEU) and the academic online magazine Liminalis – A Journal for Sex/Gender Emancipation and Resistance. With the involvement of the editorial team of Liminalis, TMM became a pilot project of Transgender Europe’s “Transrespect versus Transphobia Worldwide” research project in September 2009.

While the preliminary results were published in July 2009 on the TGEU-website and in the 2009 issue of Liminalis and an update of these results was presented on the TGEU-website on the International Day of Trans Remembrance in November 2009, since 2010 further updates of the results are being published on the TvT website two to three times a year.

When using the data presented by the Trans Murder Monitoring project, please note that the data presented is not comprehensive, for the reasons outlined below, and can only provide a glimpse into a reality which is undoubtedly much worse than the numbers suggest:

1. The collected data show only those cases which have been reported. There is no data and no estimates available for unreported cases.

2. The data presented here does not include all reported cases worldwide, but only those which can be found on the Internet, along with those murders that reported to us by local activists or our partner organizations.

3. Due to the dozens of languages used in the Internet, the variety of terms used to denote trans and gender-diverse people, and the myriad numbers of web pages to search through, it is simply not possible to find all reports shown on the Internet.

Please also note that the Trans Murder Monitoring project reports all kinds of homicides of trans and gender-diverse people. The classification of the murder of a trans/gender-diverse person as a hate crime is often difficult, due to a lack of information in the reports as well as the lack of national monitoring systems. Although the brutal violence and other circumstances in reported cases suggest that quite a lot of them — even most or almost all cases — are transphobic hate crimes (according to the TvT research project’s classification) or crimes related to specific situations that trans and gender-diverse people have to face in some countries (e.g., being forced to do sex work to earn one’s living due to discrimination in employment), they are classified simply as reports of murdered trans and gender-diverse persons. 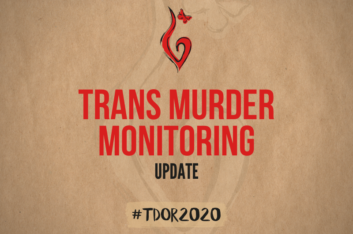 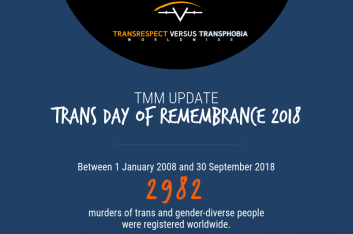 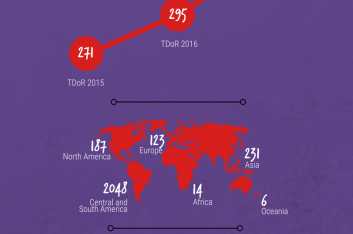 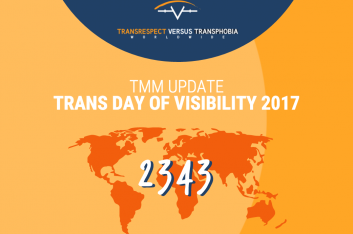 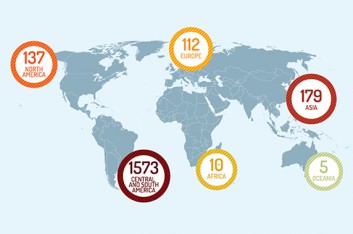